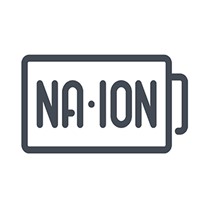 Lithium ion batteries have in the past few years become the preferred choice in a broad spectrum of applications. It’s easy to see why: they are versatile, boast high energy density and low self-discharge - below half of that of nickel-based batteries - and require little maintenance.
But they have their limitations too: issues around transportation are well-documented and they are also subject to aging, even when not in use, while a protection circuit is invariably needed to maintain voltage and current within safe limits.
Unsurprisingly, the search for the ‘perfect’ battery solution continues unabated, and an increased area of focus is sodium ion products.
Advances in sodium ion batteries kept pace with lithium ion products in the 1970s and 1980s, but the spotlight turned to lithium from that point. However, the last decade has seen a renewed focus on sodium ion batteries. While not boasting the same energy density as lithium ion batteries, there are notable advantages in the areas of safety and cost, with sodium being much more abundant, and able to operate across a broader range of temperatures.
Sodium ions are larger than lithium ions, meaning the energy density of batteries containing them is naturally lower, making sodium particularly well suited to stationary applications where battery size is less important. Applications for sodium ion batteries are varied and include residential and industrial storage; back-up power supplies for telecoms; and back-up power supplies and storage in remote applications and locations, including offshore. Transport is another possible application.
Sodium ions have similar intercalation (charging) chemistry to lithium ions meaning many of the materials being tested for sodium batteries are similar to those used for lithium. However, graphite cannot be employed as the anode in sodium-ion batteries, as it is not energetically favourable to put sodium in between the individual layers. Some companies are using hard carbon anodes, with an NaPF6 electrolyte.
The most widely seen design for sodium ion batteries is similar to the most common lithium counterparts: a sodium oxide cathode, a carbon-based anode and a non-aqueous solvent electrolyte. The manufacturing processes are also similar, so any factories producing lithium-ion batteries will be fully adaptable towards sodium-ion technology.
This is key given that one recent analysis by Bloomberg New Energy Finance forecast that demand for lithium will grow 1500 times by 2030 – meaning potentially much higher prices for lithium and making alternative battery types an economic necessity rather than a novelty.
Performance is not an issue either. Indeed, in June of this year it was revealed that one particular solution developed by a team from Washington State University (WSU) and Pacific Northwest National Laboratory (PNNL) was able to deliver a capacity similar to some lithium-ion batteries and to recharge successfully, keeping more than 80 percent of its charge after 1,000 cycles.
A number of companies have identified the potential of sodium ion batteries and are committed to developments in this area, notably Faradion, Tiamat, Aquion Energy, Novasis, Nitron and Altris.
Any battery of course is only effective as how rapidly and safely as it can be charged. During charging of sodium ion batteries, positive sodium ions are extracted from the cathode and transferred to the anode, while the electrons travel through the external circuit; for discharging, the process is reversed.
The good thing seems to be that charging time is comparable with alternative battery types and that there is no need for specialist charging equipment – meaning that, depending on the application, a switch to sodium ion products can be made without significant cost or inconvenience in this area.

As an independent global leader on power supply and charging technology, Mascot AS can recommend a future-proofed charging solution, whatever type of batteries you are using. Go to www.mascot.no and "contact us" to find out more.