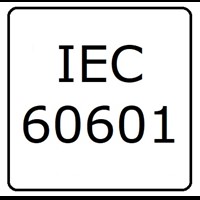 New regulations and standards for medical electrical equipment
Sorting through the many standards that apply to medical devices can be daunting. From experience, IEC 60601-1 and 60601-1-2 often cause a common misconception. Here we seek to give an overview of the two and explain the differences.
First a bit of background information. IEC 60601 is the parent of the series of technical standards and assumes regulations and standards for the safety and performance of the devices. It consists of over 70 separate standards, where as about 10 are collateral standards, and about 60 are particular standards.
The International Electrotechnical Commission (IEC) authors the many standards within the electrotechnology field. However, since they are a non-governmental organization their standards are not law unless adopted by national regulatory bodies. The IEC series has been adopted by the European Union, Canada, and the USA among other countries. EN 60601 and CSA 60601 are therefore underlined the same requirements.
Manufacturers of Medical Electrical Devices (MED) are heavily regulated and must follow a number of standards. The standards IEC 60601-1 and IEC 60601-1-2 have recently undergone revisions. That makes for changes for both the manufacturer of the medical electrical equipment and the parties that use them.
“MED3” is a popular alias for IEC 60601-1 and “MED4” is a popular alias for IEC 60601-1-2. The similarities in name often lead to a common misconception that one is a newer version of the other, which is wrong.
What is MED3?
MED3 defines the basic safety and essential performance of medical devices. MED3 or “MED3.0” became mandatory for CE-marking from June 1. 2012, which requires it to meet the requirements for high safety, health, and environmental protection requirements.
MED3.1 (annex only) became mandatory January 1. 2016 as an addition to MED3. It introduced an additional requirement to comply with the Risk Management standard ISO 14971. The prime objective of the standard is to avoid unacceptable risk in the event of failure or degraded performance or functionality of the medical devices. This standard became mandatory for the USA and Canada from 2013.
MED3.1 (full version) introduces a requirement to comply with the Usability Engineering standard IEC 62366. It will become mandatory from December 31. 2017.
What is MED4?
MED4 is a collateral standard to MED3 and defines the basic safety and essential performance of medical devices regarding emissions and immunity to electromagnetic disturbances.
MED4 will become the EMC standard mandatory for CE-marking of medical devices from December 31. 2018, and became mandatory for the USA from April 1. 2017. It expands on the risk analysis approach more deeply into EMC concerns. In other words, the fourth edition addresses EMC concerns affecting both the device and other devices in the vicinity. The purpose is to determine appropriate levels of electromagnetic immunity, taking account of the equipment’s intended operating environment and anticipated levels of disturbances.
Overwhelmed?
Here we just cleared up the difference between MED3 and MED4. There are lots of other standards, and it can be daunting to sort through them. But they are important, and it is highly advisable that parties that operate with such medical devices stay updated with the newest revisions and requirements.
Should you require assistance and more knowledge, the easiest way is to talk to the manufacturer.