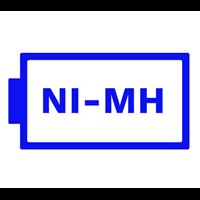 How does one apply the correct charge to lower heat and prevent overcharge?

The charge algorithm for NiMH, using negative Delta V to detect full charge is delicate, especially when charging at less than 0.5C. A mismatched battery pack or a heated one further reduces the symptoms.

NDV in a NiMH charger should respond to a voltage drop of 5mV per cell or less. This requires electronic filtering to compensate for noise and voltage fluctuations induced by the battery and the charger. Well-designed NiMH chargers include NDV, voltage plateau, delta temperature (dT/dt), temperature threshold and time-out timers into the full-charge detection algorithm. These “or-gates” utilize whatever comes first. Many chargers include a 30-minute topping charge of 0.1C to boost the capacity by a few percentage points.

Some advanced chargers apply an initial fast charge of 1C. When reaching a certain voltage threshold, a rest of a few minutes is added, allowing the battery to cool down. The charge continues at a lower current and then applies further current reductions as the charge progresses. This scheme continues until the battery is fully charged. Known as the “step-differential charge,” this method works well for all nickel-based batteries.

Chargers utilizing the step-differential or other aggressive charge methods achieve a capacity gain of about 6 percent over a more basic charger. Although a higher capacity is desirable, filling the battery to the brim adds stress and shortens the overall battery life. Rather than achieving the expected 350–400 service cycles, the aggressive charger might exhaust the pack after 300 cycles.

It is difficult, if not impossible, to slow charge a NiMH battery. At a C rate of 0.1C to 0.3C, the voltage and temperature profiles do not exhibit defined characteristics to trigger full-charge detection, and the charger must depend on a timer. Harmful overcharge can occur when charging partially or fully charged batteries, even if the battery remains cold.

The same scenario occurs if the battery has lost capacity and can only hold half the charge. In essence, this battery has shrunk to half the size while the fixed timer is programmed to apply a 100 percent charge without regard for battery condition.

Many battery users complain about shorter than expected service life and the fault might lie in the charger. Low-priced consumer chargers are prone to incorrect charging. If you want to improve battery performance with a low-cost charger, estimate the battery state-of-charge and set the charge time accordingly. Remove the batteries when presumed full.

If your charger charges at a high charge rate, do a temperature check. Lukewarm indicates that the batteries may be full. It is better to remove the batteries early and recharge before each use than to leave them in the charger for eventual use.