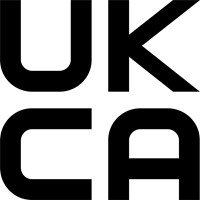 Covid-19 may have dominated the headlines this year, but the seemingly never-ending saga surrounding the United Kingdom’s withdrawal from the European Union has continued to bubble away, with the UK Government insisting that the planned exit date of 31st December will not be delayed further.

This is in spite of the fact that the Withdrawal Agreement provides for an extension of the transition period – whereby the UK continues to adheres to many EU laws and practices – of up to two years following the UK’s official exit last January, specifically to facilitate the enactment of a trade agreement.

At time of writing, that transition period is ebbing away, and significant doubt remains as to whether a trade deal will be completed by the UK Government’s self-imposed deadline of 15th October.

A ‘no deal’ situation – also known as ‘hard’ Brexit – will impact many areas of life for people both within and outside the UK, but what is it set to mean in terms of the regulatory regime for the electrotechnical product sector?

One aspect where we would expect to see significant change under ‘no deal’ is in the usage of the internationally recognised CE marking for products.

If a deal can be done, it is widely anticipated that the CE scheme will continue to apply to products marketed in the UK - and certainly the CE mark is still acceptable for many goods being sold in the UK market during the transition period.

However, a ‘no deal’ scenario is likely to see the CE marking scheme in the UK replaced from 1st January 2021 by a new national conformity system, equivalent to the CE scheme, but known as the UKCA (UK Conformity Assessed) mark.

The UKCA marking will not be recognised in the EU market, and any products that currently need a CE marking to be sold in the EU, will continue to do so.

However, CE marking will be accepted in the UK in parallel for a transitional period, possibly for more than one year from 1st January 2021. But this timescale is yet to be determined.

Manufacturers of electrotechnical products may now already apply UKCA marking as well as CE marking - which is still required on products in UK until the end of 2020 – provided it does not affect the visibility of the CE marking.

If you are unsure about what accreditations you need, then please contact us for more information at sales@mascot.no

To enable comments sign up for a Disqus account and enter your Disqus shortname in the Articulate node settings.